Acquitted- Erri De Luca, the words of a free man 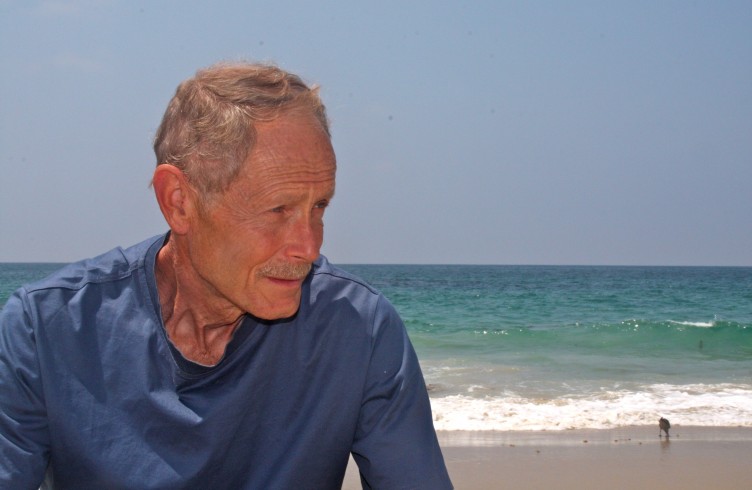 Our exclusive interview to Erri De Luca.  On the eve of the court decision that could sentence him to 8 months in jail. “I will not appeal.  I will go to jail. If the law considers those words of mine a crime, I will not give in.”

If you are able to look , free men exist.Erri De Luca, for example. Writer (one of the major writers of our time, translated into more than thirty languages), his career started when he was around forty, journalist, translator, poet, words are his world. Now, a word may send him to jail. He is standing for trial for declaring that the TAV (High Speed Trains) “is to be sabotaged”, the court of Turin asked for a sentence of 8 months in jail for “instigation to sabotage”. The sentence is due on October 19th. While on the 22nd the publishing house Feltrinelli will publish a new collection of tales “Il più e il meno”, where De Luca interweaved memories from his youth in Naples with real-life and pen encounters. Or readings. In 2011 a  Foundation on his name was created. Initiatives to support him are organised in Italy and in France (in Italy by the show biz rather than the media. For more  information visit the blog iostoconerri.net).

What is the value of words?

Words are means of communication, the best for the human species.  In particular circumstances they can heal, for example in moments of grief, where a word can actually cure. When Christ on the cross said “forgive them”, he transformed the instrument of the cross from gallows to launching pad of salvation.

Without those words, the cross is a mere instrument of death, those words transfigure it. Christ’s genius is in his words, much more than in actions.

But you may go to jail because of a word.

Erri De Luca in the mountains, the Royal Highnesses, as he defined them

Isn’t it crazy? The sentence will be delivered on October 19th in Turin. Before that date, both the prosecution and the defendant will have the opportunity to further intervene. It is the first degree sentence, but should I be sentenced, I will consider it as definitive. I will not appeal the sentence. I am accused of unwanted vocabulary, I defend my words, I wrote a booklet,“La parola contraria”, (The adverse word) where I could express my belief.

Looking for more understanding court rooms is meaningless. If the law considers those words of mine a crime, I will continue to commit it. Maybe I was not paying enough attention, but unlike other times, I feel that there was not widespread solidarity from those who should be more involved in the defense of  art. 21 of the Italian Constitution (“Anyone has the right to freely express their thoughts in speech, writing, or any other form of communication”), that is, those who work in the media.

According to an international observatory, the Italian press is the less free in Europe. “Embedded” journalists, like those in war zones who travel along with the troops.  They do not inform, they are employees of a company. Some censor, forget, others give distorted versions.

Though a very small reality, Words In Freedom was born for this reason, we are tired of choices established by newsroom hierarchies that we often do not share. In a normal context we would not exist.

Which is why I willingly accepted to have this conversation with you. And I would like to thank you for the attention you are giving me.

Are you a believer?

I am not a believer, I am a reader, I regularly read the sacred writings. My day starts with a passage from the Scripture. I translated the Old Testament attracted by that language. The one in the Old Testament is the first deity who chose words to reveal himself. The verb “to say” is the verb mostly associated with the deity in the Old Testament. I was curious and I decided to get closer to that source.

And what led you, during the war in the former Yugoslavia, to become a target, to quote what you said?

No, no, during the war in Bosnia I drove lorries with humanitarian aid for some Catholic associations. It was in 1999, during the bombings of Belgrade, that I felt the need to be on the side of the target. I come from the most bombed  city in Italy during World War II; I come directly from my mother’s nightmares, who was woken up by the sound of the siren her entire life. Bombing a city is the quintessential terrorist act, those who bomb a city want to kill  civilians, it is a bomb to the national Bank of agriculture, times 1000. My reasons were reasons of mental health, I would not have survived, I had to desert this country that was bombing a neighbouring nation. 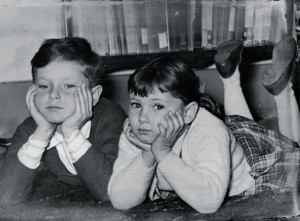 When you were young you took part in the extra-parliamentary left-wing movements, what failed of that experience?

You know, in those years,  it came natural to choose a side, to participate. But I do not agree: that experience did not fail, it simply ended. I believe that everything that could be obtained in those days in Italy was obtained. Now it is a very different country, where there are virtually no factory workers, they are one tenth of what they were at the time. Us, young people, were the majority, now they are few, a minority, and they feel this inferiority, our burden.

Yet, this is a time of great changes. Recently, the documentary “Mediterraneo, la nostra frontiera liquida” (The Mediterranean, our liquid border), with your texts, was presented in Ferrara, but I was told you also funded it.

It is an initiative by Gabriella Guido from “Lasciatecientrare” and Valeria Brigida. They proposed the project to the Erri De Luca Foundation and the Foundation supported it. We have social solidarity objectives and migrations are undoubtedly the most powerful contemporary phenomenon. The fear of terrorist infiltrations are part of those feelings of rejection that have always existed.  But they are feelings of the minority. They need to enter the ground floor of society. Primary schools are already doing it, for example. It is part of our transformation into a plural community. Although we already are a plural community, Italy was born as a plural community, Italian is a second language for everybody. 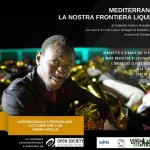 What will save us?

We are the most corrupted country in Europe, a country were public works are decided and procurement assigned not in the collective interest, but to favour friends’ companies, even in collusion with the mafia.

However, there are many drivers that are moving from below to change the status quo. Yes, I believe we will make it.

The photos in the article are from the website Fondazione Erri de Luca.

Previous post:
How to think critically and learn how to compete Next Post:
Pina and I. Leonetta Bentivoglio tells Pina Bausch’s story