Orazio Costa through the eyes of Gianluca Brundo: the discovery of Man 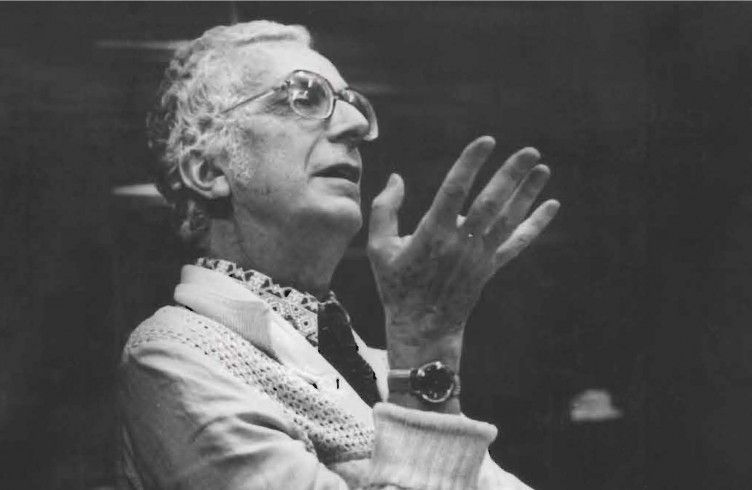 Great masters leave a monumental legacy, made of teachings able to shed some light not only on the unblemished paths of art and creativity, but also – maybe most of all – on our private life course as human beings.

Gianluca Brundo, actor and director, born 1970, last assistant and pupil of the great director Orazio Costa, knows it well. We met him not by chance at Teatro della Pergola a sacred place in its own way, where they still do Theatre for real with a capital T. Here, in a strange, sunny, warm and spring November afternoon, away from bragging words and false labels, Brundo told us about his precious box of memories, thoughts and experiences.
His is an artistic journey, as he says “lit up” by that “old generation” which unfortunately doesn’t exist anymore, that he began more than twenty years ago at the Bottega di Gassman and ended meeting Costa in the mid-1990s. Brundo wrote an important and final book about that period, that crucial and privileged experience to find out and understand “from the inside” one of the greatest artists of Italian theatre in the 18th century: My years with Orazio Costa, published in 2013 by Edizioni Lui. 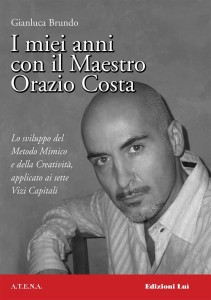 “ This book is an act of love”, so the Preface begins, “an act of love in the name of my Master. I owe him my artistic revolution and my strong character and my introspection, my ethical sense of morality and theatre, my discipline, the game of creativity. Contrary to most of my peers and not only them, mine was a silent and young rebellion, inner , without any great clear, even less obvious actions. A rebellion which allowed me to develop my soul, it gave me inspiration,to discover myself different and far from trends, groups, from a sociality which follows tendencies as well. Costa left an unforgettable sign on this vivacious foundation ”.
These are genuine, innate, sincere and passionate words, expressing the most important thing of the relationship between Master and Pupil: the indissolubility of the human and existential experience separated from the one which is purely artistic and creative.

How did you meet Orazio Costa, or how did he meet you? Did you meet by chance? 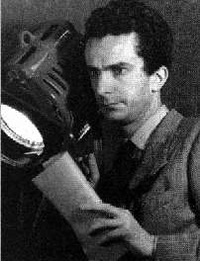 If you mean “destiny” with “by chance”, yes we did. I met Costa thanks to one of his pupils. But then I chose to see him , because I wanted consciously to become his pupil. And it was without doubt the crucial meeting of my journey . At the acting school of Gassman I learned the trade, that is how to act on a stage, but it was thanks to Orazio Costa that I became an artist: he made me discover the talent that was inside of me. He gave me so much that I often used to tell him when I was his assistant: “you know what, he even paid me !”

He was the whole nine yards, allergic to compromises, morally rigid. Always critical and self-critical, he considered his purpose as a constant and ceaseless research. But above all he was obsessively precise. We used to spend entire afternoons thinking about a word, his tactics could be ferocious, but never disrespectful of the other.
Reading your book and listening to you, the real leit motiv is your reflection about man, about the human being…

Because Costa wasn’t a master for actors, but a master for all men. His approach is addressed first to the man and then to the actor. He trained lots of men and his theatre was above all a school of life, uncovering the human being which was in them.

The expression “Costa method” nowadays is generally used as a superficial label, without explanations nor in-depth analysis.Having been constantly in touch with Costa, could you explain to us what it is?

No, I can’t really explain it , because it’s impossible doing it in words, to me as well even if I classified it. I would simply say to those who want to know “come and do an internship”, since it’s such a deep and total experience that only using it could make us understand it. Moreover you’re right, “Costa method” is a label, it doesn’t exist. Its real name is “mime method”, and it’s a physical approach towards the tangible reality, it’s the equivalent of mastering the natural mime reflex produced by the natural phenomena surrounding us. It’s an activity through which we can reappropriate a power of creative transformation, reconquering our beauty. 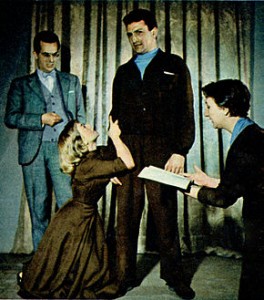 Today, because of the cuts imposed on cultural exhibitions, we see an increasingly deep crisis and dramatic reduction of the spaces of art in general and especially of theatre. Having had a journey “kissed” by the big of the past, what do you think about the current situation and how can theatre be “saved” in your opinion? 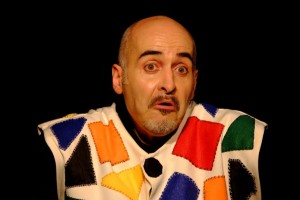 In the present panorama there’s surely less talent than what they actually say, elevating the general standards would be necessary and most of all we need more boldness. This aside, I think theatre will never die as it must survive its endemic condition being. Moreover what I feel around me is a thirst of being men, since people don’t know what a man is anymore. And this is what theatre must do. The actor has to get back the most authentic concept of theatre, being not a place of shows, but a place of interaction, of constant exchange between actors and public, a true journey of knowledge and self-conscience, of others as well. The actor must be the content of this, because the man must be the content again. And where theatre constantly dares to do it, as here at La Pergola, it goes on living, surviving and being healthy.

In our society there’s a sort of laziness while getting closer to the job of actor. What should someone willing to take this path do?

Growing his/her passion and being stubborn. As for talent… well, that belongs only to the soul.

Going back to Costa, apart from your book My years with Orazio Costa, his teachings and his prominent role dominate your show A lifelong passion, which will make its debut on Saturday 14th November in Spadoni hall here at La Pergola. You were talking before about the need to practice: did the “transition” from the book to the scene originate from this reflection? 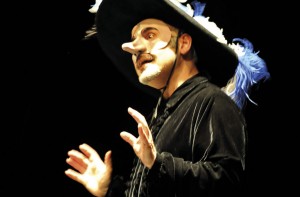 Costa gave me so much, thanks to him I’ve grown up so much as a man that my book originated from the need to leave a written and ineraseable trace of all of this. The show moves in part in this direction, but above all it’s a summary of my twenty-five years of career, of the most important characters I played. It talks about my history as a man and an actor, and about the conscience of how and how much the relationship with Orazio Costa was central and meaningful in all of this. A show that wants to and must be dynamic and constantly evolve: not only a review of my past experiences, but above all a perspective for the future too. A live show update and play the whole life long.

The show Una passione lunga una vita will be performed from 14th November to 9th December at 18 pm, in “Spadoni” hall at La Pergola Theatre,a hall which will be inaugurated with Brundo’s show.

Translation by Giulia Biagi and proofreading by Antoinette d’Arbela

Previous post:
Francis Ford Coppola describes himself. In between cinema and Basilicata. Next Post:
To honor all the victims

About the Author: Riccardo Lestini