Behind the Urals: Nuclear energy before Chernobyl 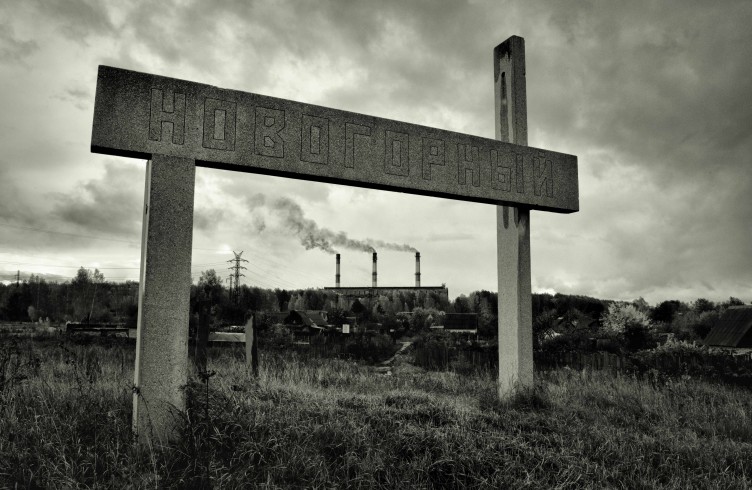 What’s hiding behind the Ural Mountains? The first, untold, and most serious nuclear incident in history. Sweeping the dust of time is the mission of Behind the Urals – The Nightmare before Chernobyl by Alessandro Tesei, visual artist and photographer born in 1980 in Jesi (the Marche, Italy). – PHOTO 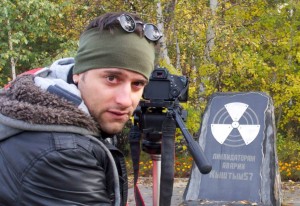 After having gone into the “No Go Zone” of the Fukushima nuclear plant for his previous two works, the feature film Fukushame – The Lost Japan in 2012 and the short film Fukushima no Daimyo in 2014 (both well received and awarded), Tesei tells now of another nuclear incident, the one that happened in Mayak (1957), the consequences of which are still present among the population as leukaemia, tumors and gene defects.

Accompanied by photographer Pierpaolo Mittica and researcher Michele Marcolin, Tesei produces a socially active documentary by unveiling an event kept in the information “No Go Zone” for too long. Behind the Urals is a documentary that proves to be necessary to understand Chernobyl (1986) and above all to know – or at least imagine – the future of the energy industry in Europe. This is what the director told us about it.

When and how was the idea for this documentary born?

The idea was born chatting with my friend Pierpaolo Mittica, with whom I had already worked for both my works about Fukushima. The voluntary association Mondo in Cammino wanted to produce a new documentary on nuclear energy; we first thought of a third work about Japan from a different angle. We discussed about it and we wrote a beautiful project, but in the end we decided it would have been better to talk about Fukushima later, letting some years pass by, so that we could document the real changes in a longer period. So, we discarded the idea and started thinking of something else, until Pierpaolo dug up the first and biggest nuclear incident in history, the one of Mayak in Russia.

You mentioned Mondo in Cammino, that produced your film. We’re talking about an organization that is active in the field of international cooperation and solidarity in Central eastern Europe and the post-soviet States. How did you find them?

I got to know Mondo in Cammino thanks to Pierpaolo, who’s a long time member. It was love at first sight, since they are one of the few Italian organizations that talks about nuclear energy. I met the president, Massimo Bonfatti, during the editing phase of Fukushima no Daimyo and I included the association in the credits as special supporter. After that I took part in their annual convention in Carmagnola and started to get involved. When we put forward our idea to shed light on the threefold Mayak disaster, he accepted right away. 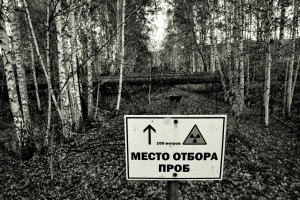 You call it the “threefold” Mayak incident. After almost thirty years from Chernobyl, your documentary tells of a previous and more serious disaster happened on the border with Kazakhstan in 1957. An untold nuclear catastrophe – if not forgotten altogether. What happened in Mayak?

The story of Mayak was left buried for decades; it started in 1949 with the first incident, caused by the release of highly dangerous radioactive waste in Techa river, which crossed several villages. This situation went on for at least two years without anyone knowing anything. Then there was the 1957 explosion that contaminated three regions behind the Urals with plutonium, caesium 137, strontium 90, and other very dangerous radionuclide. That explosion was classified as a level 6 on the INES scale, while Chernobyl and Fukushima are level 7, and is known as the Kysthym accident (after the town closest to the plant – the closed city of Ozersk was unmentionable at that time). There was a third catastrophe later in 1967 caused by a tornado that dispersed highly radioactive dust almost all over the Chelyabinsk region up to the Kazakh border.  And I am not mentioning minor accidents that occurred with alarming regularity over the years.

It is said that Mayak released 1 billion 200 million Curie, that is 22 times the number of radioactive particles released in the Chernobyl disaster. Why is that we only remember Chernobyl? Is it the fault of bad information, monitored press or some sort of “state silence”?

It must be noted that the Mayak accidents occurred in a time when nuclear energy was still in its early stages and we lacked the knowledge of the actual risks and consequences. The Russian government kept it secret for decades; it was only after Chernobyl, during Gorbachev’s glasnost, that they were forced to admit it. This happened because many of the scientists and rescuers sent to Chernobyl had already been directly or indirectly involved in Mayak and rumors started spreading. Furthermore, Chernobyl affected all Europe in a moment when the issue of nuclear energy was already being debated and it would have been impossible to sweep it under the rug. Therefore, quite absurdly, we knew of Mayak only thanks to Chernobyl. 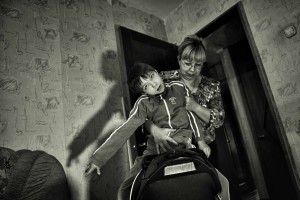 As it happened in your previous documentary Fukushame, you widely use the fish-eye lenses that distort the vision, but also add a photography that often and suddenly steers from black and white to sepia, green, yellow. What did you want to create by using these techniques?

The fish-eye is nowadays almost a trademark in certain narratives. It is a choice both stylistic and technical. Stylistically by distorting reality, it becomes “weird” and that is what I want to express about odd places like Fukushima or Mayak. The subjective POV also reinforces the feeling of the audience that identifies with the camera and feels like a protagonist and a witness at the same time.
The colours were instead a difficult choice; the other two authors, Pierpaolo Mittica and Michele Marcolin, were really sceptical. I experimented this “veering” black and white to create the idea of a daydream and at the same time to move the narration to a sort of temporal limbo in which we speak of “ancient” accidents in a present completely absorbed by the past. The colours green/yellow is both a reference to some old Russian films that were characterized by those colours and to the omnipresent radioactivity, commonly associated to these colours.

Much of the data in the film is disturbing: over the last 53 years cancer cases increased by 25%, birth defects also by 25%, and infertility by 50%; data that you gathered by meeting people that have been somehow all involved in the Mayak nuclear disaster. How was meeting them and gathering their stories?

Nadhezda Kutepova lead us in this journey; she’s a lawyer fighting for the rights of the victims of the accidents and therefore knows these stories and testimonies very well. The most striking thing is how hospitable and willing these people – who live tremendous situations – are to tell their situation to the world. Even though they are very poor, we were always welcomed in their homes with real feasts, like it had been a day of celebration.

How did you find those places? What kind of feelings do people have about life and death, government, and society? I would say there must little faith in the institution and the future…

It is all very contradictory. Most people that live in these contaminated and poor areas support Putin with a sort of blind nationalism, while at the same time cursing the government for not granting them modest pensions thanks (and not because of!) to the contamination they are forced to live in. Often they willingly stay in contaminated areas so to receive pensions worth a few euros per month. I guess death would be met with resignation, since it is ever-present and usually comes after suffering serious illnesses. 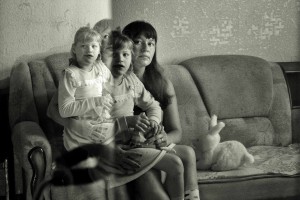 Your film touches a critical point of Europe and the former Soviet Union; do you believe your film will be seen also in Ukraine, in Russia, in Eastern Europe? Or do you think that it will end up banned on political grounds?

My film touches a raw nerve primarily for what it concerns Russia, but actually this concerns the whole world, since nuclear energy is not any safer in France nor America than in Russia. For the moment being I am not concerned with this matter; I believe there will be alternative ways to distribute it, through Greenpeace and our guide Nadhezda Kupoteva, who unfortunately was recently arrested for government espionage.

The documentary ends with one of the people interviewed asking Italians to say no to nuclear energy to live a healthy life. Is this a warning to keep in mind for the next years? What do you see for the future of energy in Italy and Europe?

The future in this field, unfortunately, pertains to politicians and I don’t have neither the influence nor the knowledge to suggest any sensible choice. I am just sure that nuclear energy can’t be a solution, having already demonstrated how high are the risks and terrible the consequences coming from it.

Let’s look forward: do you already have projects in mind, for example other documentaries on ecological matters, or will you just focus on promoting and distributing Behind the Urals?

For the moment being we are focusing on finding a distributor for Behind the Urals, since it was very appreciated in America where the most interesting proposals seem to be coming from. In the meantime, I started the pre-production of a new documentary about the massive Romanian migration of the last years together with journalist Andi Radiu. Soon we’ll start the fund raising campaign, since this project has no producer…so, if anyone is interested, please contact me!