Francis Ford Coppola describes himself. In between cinema and Basilicata. 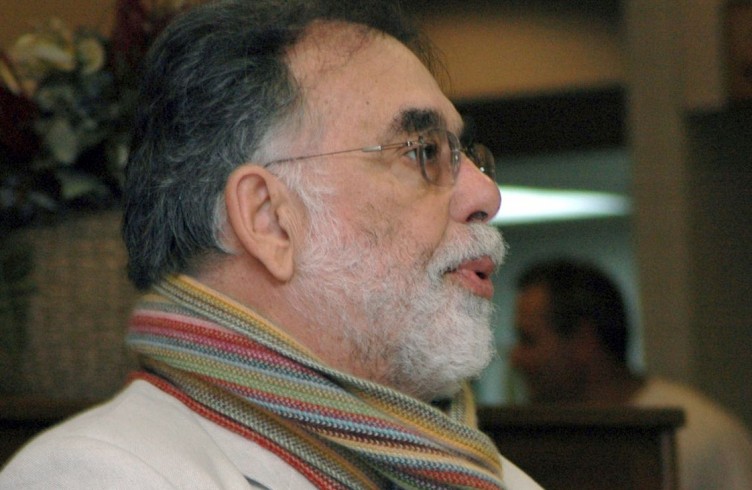 Coppola’s truth. The tales of a movie genius and the advice of a sage. A meeting sponsored by Regione Basilicata was held in Teatro dal Verme in Milan on Monday 26th October with one of the most important and influential American film-makers of the last decades: Francis Ford Coppola.

Welcomed with a standing ovation the very moment he arrived on stage (the theatre? was full of people and many were left outside having waited hours for a the slight chance of a seat), the director got the audience’s attention from the moment he sat down: the eyes of the public were focused on his odd socks (one red and the other yellow), while their ears, minds, and hearts enchanted by the elocution of one of the greatest narrators ever. 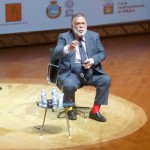 As if he was telling a farfetched fairy tale to a group of grandchildren, grandpa Francis recounted the phases of the journey that lead his relatives from their native village Bernalda (a village of about twelve thousand people in the Matera province) to the shores of the USA at the beginning of the 21st century:

«My great-great-grandmother, Filomena, was the best seamstress around. She used to scratch her nose with her working tools, until one day it got infected. Set on getting better, she went to Naples because she believed she would find in the big city a safer hospital equipped for such an operation. Unfortunately, the doctor told her that there was no choice but to completely remove the septum. From that day she was known in the village as Filomena-noseless. Anyway, my great-great-grandmother, who became a widow at a young age, raised four kids (among whom was my grandfather) by herself with just her work as a seamstress».

After a flattering description of his bond with Italy («I consider myself Italian and I’m happy to have my roots here, in one of the most important and innovative countries of all time. I’m proud of such a bond»), the film-maker recalled how deeply connected his family is to the arts: how his grandfather became the assistant of a factotum with the nickname of “Cicciopane” while his father embraced music and became a talented musician. 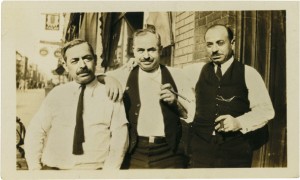 Not to mention the influence of cinema, that gave great satisfaction to both his daughter (Sofia Coppola, director of Lost in Translation and Marie Antoinette among other films) and his nephew Nicolas Cage. For an incredible coincidence that even he finds hard to believe, even the great conductor Riccardo Muti is related to the Coppola family. All in all, a dynasty destined to greatness in the world of arts. 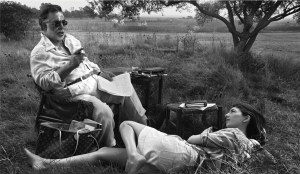 Slowly, the conversation turned to more intimate . While not refusing to tell anecdotes on lampascioni (Edible Muscari, a bulbous plant traditionally grown and eaten in Southern Italy), his relatives’ longevity, and the high number of children that constitute the different generations of his family tree – episodes narrated with impeccable and enviable storytelling ability), the director started focusing on cinema, on the industrial dimension of the “seventh art”, and on how to face present day challenges. 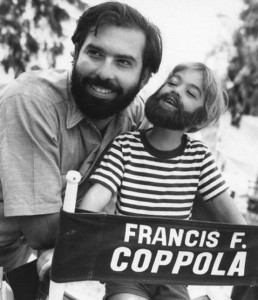 Coppola with his son Gian Carlo on the set of ‘Finian’s Rainbow’, the last movie by Fred Astaire, 1968

«Impossible for me to choose my favourite Italian director. Too many talented ones come from Italy. But if I absolutely had to answer this question, I’d say Federico Fellini. Rossellini was the Teacher for all of us, a father for a generation of film-makers all over the world. Still, Fellini always fascinated me a little more, even though I don’t know why. Nowadays I don’t have a favourite . Sorrentino and Garrone definitely come out the best way and I really loved their works, but I don’t have a single favourite one».

Some young student or enthusiast didn’t let the occasion slip and asked for some advice on how to be noted in the film industry and how to obtain the funds to realize their own projects. «You just need to stop complaining and try to work as hard as possible until you’re really at the end of the rope. Until then, you can’t blame anyone but yourself for your lack of success. The world’s full of people that give up when faced
with the first challenge only to blame others for it. My advice is: stop it. Work hard and success will come». 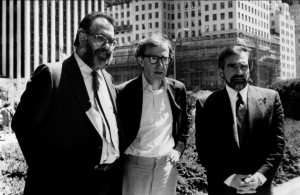 Recalling his greatest successes, like The Godfather or Apocalypse Now, the director had the chance to explain the path that led him to choose the themes that were to become the materialof timeless classics: «One of the most important things that pushes an artist after a great work (in the context of music, theatre, cinema and so on) is the ability to reaffirm themselves. The whole world is there, ready to compare your latest work with your biggest success. Everyone is ready for the comparison to say “Yes, but…”. I’ve always been quite against this line of thinking, I don’t like the idea of competing against myself at all. That’s why I’ve chosen very diverse projects during my career, so that the audience couldn’t compare them with my best works». 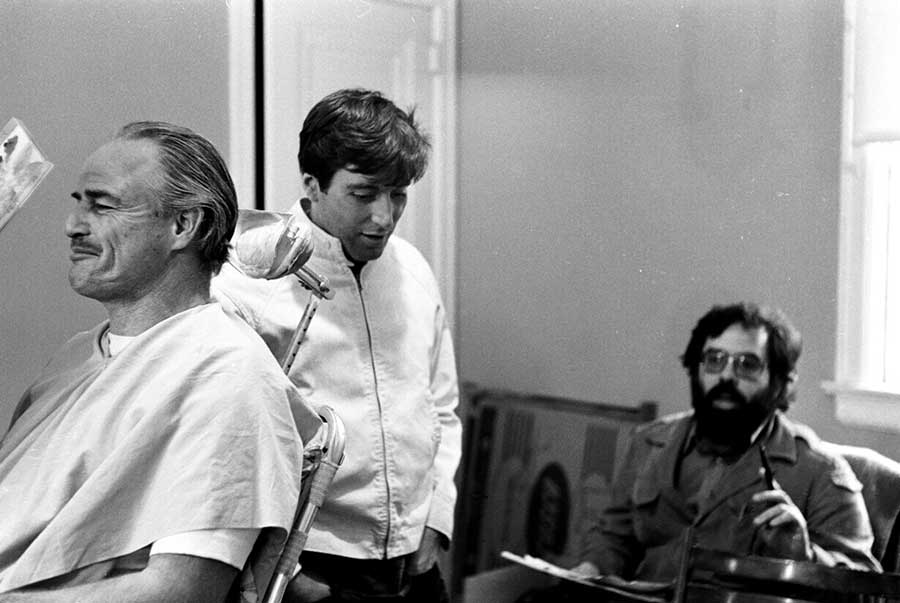 After about two hours of a quick repartee with the audience, the director was forced to leave due to schedule reasons and jokingly greeted the public with a joyful rendition of “Roma nun fa’ la stupida stasera” (“Don’t play dumb tonight, Rome”) in an almost perfect Italian, not without having a go at our country: «Italy is a wonderful country under every aspect. The only thing you still have to learn is to tell the truth. Lies won’t get you anywhere, be honest! Truth is the simplest and the best thing in the world».
Coppola in Naples talking with the US Navy command. Copyright Us Navy.

Previous post:
FUS once again. Who is happy and who is unhappy with the Franceschini Decree Next Post:
Orazio Costa through the eyes of Gianluca Brundo: the discovery of Man

About the Author: Simone Soranna

Simone Soranna, born in 1991, is studying cinema at the university and he is trying to follow his passion in every way: writing reviews for different webzines, interviewing actors and directors, taking part in the most important film festival, reading books about movie and, last but not least, seeing a lot of film. He hopes that paradise really exists because he would like to shake hands with Charlie Chaplin and Alfred Hitchcok.