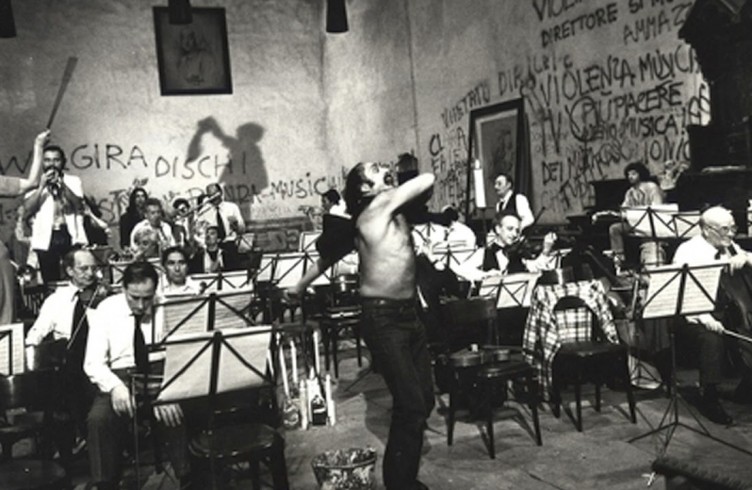 By launching this section, lawyer Michele Lai twists the knife in the wound and points the finger at the procedures of ministerial donation of live performance funding, intending to create an actual observation deck which involves every interested party.

This section begins speaking about the Unique Show-Business Fund (FUS). The new criteria for the allocation of ministerial subsidies to the artistic sectors that caused an earthquake. We intend to create an updated observation post to verify whether the neutrality and the frankness, which have been evoked in the Ministerial Decree from July 1, 2015, have really been guaranteed. 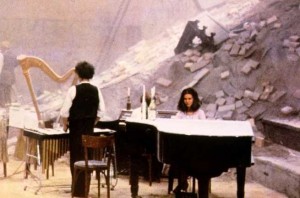 Specifically, our attention will be brought to the music field, but we hope that the debate would catch the eye of artists and professionals that operate in other fields of the live performance, such as theatre and ballet.

In the Ministerial Decree from July 1, 2014 the Directorate General for Live Performances, which manages the allocation and the distribution of FUS subsidies, had introduced some new allocation criteria. It has been an actual revolution and someway a mystery as well, when it came to the compilation of the funding applications (the deadline of which has expired the 31st January).

The first change that has been introduced is the temporal range of validity of the application which, as has already happened in the past, has been brought back to a three-year duration; this fact implied that the applicants have had to present an artistic project and its budgets for the next three years (2015-2017) as an attachment to the application, with a specific and detailed plan for the first year and a more generic and rougher one for the next years (which has to be detailed year by year, upon presentation of a confirmation and an account).

In my opinion, the three-year range is an appropriate and efficient parameter. It allows the applicants to virtuously manage public resources, optimising the artistic program and giving the chance to rightly lean on the continuity, even if just for three years, of the distribution of FUS subsidies.

However, if the three-year range was something that even professionals had wished for (and already experimented), the decree has provided some more criteria that indeed represent an entirely new feature inside the Law No. 163/1985 (Legge n. 163/1985), with which the law has been enacted.

I’m referring to the so-called automatic criteria, which assign the evaluation of the data that each subject has had to insert in the application to complicated algorithms. For instance: the number of exploited “halls”, the number of sold tickets, or even the number of working days in which the artistic personnel have been used.

The “automatic” selection criteria have affected 70% of the appointed subsidy, while only 30% has been left to the discretionary judgment of the technical committees (newly composed), that have taken on the task of assigning a score of maximum 30 points for the quality to each artistic project. We quote: “It is a revolution of the system, that will equalize the subsidy with the value created by each worker, reshaping the funding system.”

Therefore, the ministry wanted to introduce a mainly automatic FUS allocation mechanism, with a minor share to be appointed for the discretionary judgment of the technical committees, in which the Director-General Salvatore Nastasi would not have taken part, to preserve the impartiality. The new criteria, clearly revolutionary in respect to the previous system, should have guaranteed the frankness, the impartiality, the respect for quality and the efficiency in the allocation of FUS subsidies, overcoming the grey zones and the particularisms that had often contaminated last years’ FUS funding.

For the concert activities, these are the results:

To acquire direct knowledge of the content of the FUS application of Florence’s Amici della Musica onlus, the reduction of the contribution that happened after the assignment of the new funding criteria provokes big doubts: the number of performances planned in the concert season from 2015 to 2017 is considerably increased in relation to 2014 (from approx. 65 concerts to 78 for 2015/2016 season) and as far as the artistic quality is concerned, the concert seasons of Florence’s Amici della Musica have been traditionally preserved for almost 90 years the international excellence (they have also received the prestigious “Abbiati Prize”

We are not able to know the reasons why or the “automatic” results after which FUS contributions have been reduced by 20% in this particular case. There are some doubts also for the applicants that have received a superior contribution in relation to previous years, as both the number of the concerts and the overall quality of the program proved to be the same of the year before.

In the total absence of detailed and specific justifications from the MiBACT regarding the choices – speaking of the qualitative criterion – and in default of reference data that could help to comprehend the automatic score allocation, the mainly disadvantaged institutions intend to get to know those justifications, be they discretionary or technical.

Since MiBACT’s ministerial decrees have the nature, the form and the content of administrative orders, if the motivations given by the administrations when it will become possible to access the documents will not be deemed suitable, logical, adequate or simply correct, the damaged institutions will most likely turn to the Regional Administrative Court of Lazio (TAR)(Tribunale Amministrativo Regionale per il Lazio) , maybe asking for the suspension of the decrees. As a result, the procedures of funding distribution may be suspended even for the beneficiaries of a contribution which is superior or equal to the 2014 one.

I came to know that there is an application for internal review in relation to the examined decrees, sent from some of the interested parties directly to Minister Franceschini, who could annul those decrees and arrange a new judgment. 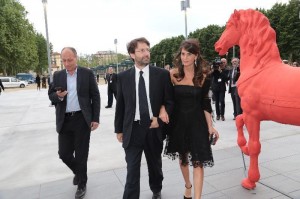 Already starting from September, the matter will be heated for those who conduct their activities mainly through state funding. If the TAR should order to suspend the allocation decrees, all the institutions would find themselves in a serious money crisis and – in an even worse scenario – in a position of substantial and formal conflict of interest between each other, because the victory of one of them would lead to a proportional reduction of the others’ contribution.

Therefore, this section will be dedicated to this matter even in the next numbers of the magazine. We want to create an updated observatory deck over an issue that involves organizing institutions, musicians and, by extension, the whole audience. Ultimately, to verify whether the new criteria for the allocation of FUS funding have guaranteed the impartiality and the frankness expected in the Ministerial Decree from July 1, 2014.

TO TAKE A LOOK AT THE LAW AND OTHER DETAILS, CLICK HERE (ITALIAN)

The cover photo is taken from the movie Orchestra Rehearsal, directed by Federico Fellini.

About the Author: Michele Lai