How to think critically and learn how to compete 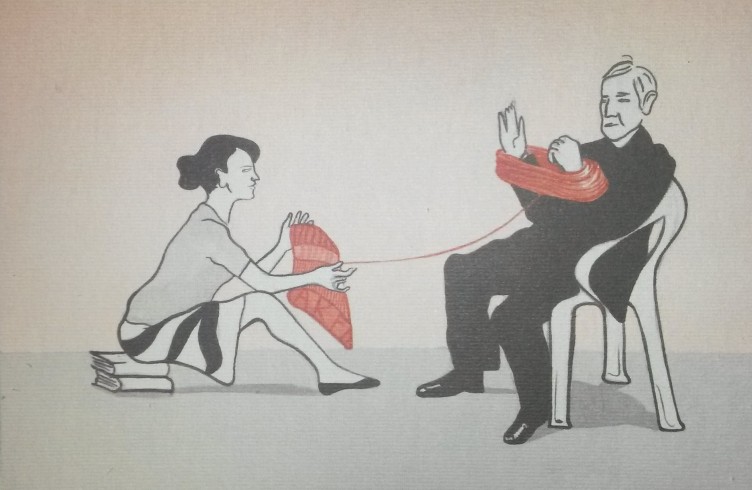 In order to look at an economy without economisms, this act is the potential answer to the question that identifies this Wordsinfreedom’s section. Economy of culture or culture of economics?

The young Ìnclita: How should a didactic career able to integrate the challenges of the future with the strength of traditional disciplines be? I’m going to show you now, the old Colto replies [1].

This is the starting scene of the book Manuale di educazione al pensiero critico[2] by Francesco Piro.

It is a very popular theme. Today as in the past, today more than in the past. Neither schools nor universities teach how to reflect, how to reason and how to consciously face problems all the way: be it the old and still unsolved ones or the new ones that have to be read and interpreted. Yet, this really is a distinctive competence and it is the source of a competitive advantage in a world which is characterised by always more flexible and uncertain labour markets. With an urgent need of transversal skills, which are necessary at least to survive.

Our students enter the international rankings with disheartening results regarding subjects such as literacy and problem solving. The most important newspapers have been writing about it for some time (especially Il Sole 24 Ore, which has launched the reflections some years ago), as well as books or simple pamphlets, which suggest teachers of all levels to invest in educational paths that make it easier to acquire comprehension and reasoning skills. The Legislator himself intervened with the Regulation for the Reorganization of High Schools, (Presidential Decree no. 89, March 15, 2000). Results struggle to come, though.

Still, people like us who are involved in Business and Human Resources Management cannot surrender at the first opposition, even if it is a solid one. We have the duty to insist, to work on it, to comprehend what is behind the training process, because in the training and in the didactics based on a grounded basic research there are the sources of innovation and of value creation for the national system.

The model that is often considered – frequently mentioned, but not so known – is critical thinking: a discipline which is proposed in various programs of the Anglo-Saxon universities instead of philosophy, rightly or wrongly.

Nowadays, no one before Piro had applied himself and created an actual textbook. A formal way for an Italian-style critical thinking, which is therefore influenced by British models, but is contextualized and meant for the Italian student of the second twenty years of this strange and not always clear new millennium.

A textbook, a place for settled knowledge, that goes beyond the unsolved discussions between researchers and lays at least two advisable goals to train new generations and make them able to compete: 1) to create familiarity with argumentative texts and, consequently, produce an aware literacy; 2) spread through the digital natives (who often lack a qualified ability to read through the consolidated instruments of education history) the chance to combine the advantages of the present (which already is our future) with the power of a learning that is typical of the paper natives, the achievements of which are already consigned to the past and to History. The reaching of these two goals leads to an authentic way of doing critical management in the daily life and in the long term. And we all, as business professionals and companies of all levels, extremely need it.

The education to critical thinking is presented by Francesco Piro as a possible support (and not as a global alternative) inside the traditional didactics. Moreover, the term education leads to civics, the one that we once knew from history lessons. But the education refers also to a possible basic course for the students of the first year of all Bachelor’s Degree courses: the economic ones, where the critical thinking and the critical management studies could help to reflect upon the choice of the instruments to involve in times of crisis (as far as thoughts and methods go) and the technological ones. Therefore, Human and Social Sciences are not taken into account.

The content of the textbook has been initially used, as explained by the author in the section “Brief history of the book” (pp. 269-70), inside the courses of History of Philosophy held by him at the University of Salerno. A project conceived and developed with the old system of lecture notes, to help the student face the more complex texts. It was born that way and it has become a much more organized manual, which is at the same time versatile and flexible to offer the teacher the best purpose: “A precious opportunity to really take part in the concrete renewal of didactic contents and methods in our schools and universities”, as stated by Tullio De Mauro, father of Italian linguistics and Lincean scholar, in his Preface. In other words, a concrete and working lever for the translation of proposals and projects that are often announced in legislative sittings, in human actions, in the active implementation of a bill.

277 pages of a typical big book: as it happens for all manuals, it is appropriate to select what is offered and modify it according to each class’ demands.

This textbook offers a lot and follows a very recognizable order: the teaching units, treated in a very colloquial language, range from the sentence comprehension to the reasoning structure, which is initially analysed informally and then gradually formalized with the help of some basic concepts of propositional calculus, predicate calculus and modal calculus, in order to create an overview of the reasoning operators: inter-enunciative, intra-enunciative, meta-enunciative.

The Manual for the Education to Critical Thinking eviscerates a wide analysis of the fallacies. That authorizes the passage from the basis of the inference to the development of the actual critical skills, first and foremost allowing to compete with Kahnemann’s cognitive psychology and with the analysis of typical reasoning errors, therefore touching the dialogical logic with the traditional schemes of argumentation, revisiting some classics of the argumentation theory, particularly Perelman. Eventually, it goes back to the argumentative text, to analyse its traditional dynamics and teach how to evaluate and (potentially) build complex argumentative texts.

Along with the nine teaching units goes the counterpoint of the dialogues between Colto and Inclita: the messy but clever girl often interrupts the teaching units asking for more explanations. This originates some short dialogues that talk about local problems and sometimes recap some more theoretical discussions (there are various references to non-classical logics), almost as if they would like to invite us to look critically to logic itself: the latter, as Colto states, is not made of sacred gospels, it is made of rules that have proved to be useful to elaborate the information (p.38).

These dialogues are conceived for teachers, even more than for the students, giving them some answers to the possible objections of the clever student and some links between the history of logic and the history of philosophy and culture.

Each teacher can cut them freely, but we strongly recommend them to the reader that does not have educational obligations and unsanctioned free time.

77 pages are made of games and exercises, with their solutions. This may be the book’s best quality: from exercises of simple text comprehension to logic quizzes, the ones which are typically used to develop inferential competences. We can also find some exercises of dismantling and rebuilding of complex argumentative texts.

I think it is a trailblazing book, which courageously deals with some really popular problems that we can find in schools and universities. A prototype, as we would say in a technical-industrial slang, because this work starts a path that will need some more tests and experiments.

The challenge is open, with a book to be discussed and experimented, which faces demanding themes with a straightforward language and exhorts us to overturn the traditional logic of the scientific disciplinary sector inside and out of the universities.

This is why we have conceived and developed years ago. At the dawn of the project puntOorg, which has been working for five years now.

A project created by the writer along with Piro and few others such as economists, philosophers, musicians, “hard” scientists, willing to hybridize and intersect. Because we think that from the language contamination – arts and economy, management and humanities, physics and poetry, music and philosophy – very powerful incitements can emerge. The ones that are necessary to sustain questions and answers that are able to create another way to be together, different from the one that stopped working and is now characterized by a social impoverishment that has been lasting for a long time and is hard to drive out. Obviously, we do not know whether this challenge that is based on the cross of traditionally conflicting epistemologies could ever flourish in our country, cradle of the Renaissance. Someone is giving it a try, though, and that is a good sign and this manual plays its part, through the divulgation of a settled knowledge, able to enter our schools and universities, going beyond researchers’ debates and skirmishes. Re-launching what is solid in the past. And proposing, in a future edition, more exercises, to do online as well, with some instructions for the teachers. Working on this weaving. Erga were the endeavours realized for society and defence, through téchne (τέχνη). Ergon, through the technique, becomes virtue (aretè – ἀρετή): outcome of culture or nature. Then organon, work and thought instrument, therefore praxis. Nothing to do with “I am a practical guy, I deal with concrete facts” which is an abused slogan of these days used to sometimes cover thoughts and reflections that are always necessary for an aware orientation towards language and its use, facing the criticality with a long term inclination.

[1]  Inclita is a clever and lively young girl, who is sometimes absent-minded and often dissatisfied: she is the female character of the Manual for the Education to Critical Thinking. Colto is the male character: an old and wise man. Together, Colto and Inclita compose their dialogue. A fil rouge that is portrayed on the cover and, then, on the nine inner pictures, one for each chapter, in the brilliant and ironic project of Luca Carnevale, who accompanies us with his metanarrative. All of us: students, scholars, teachers, readers who are looking for a support to the Italian-style critical thinking.

Previous post:
Belfast: My story as a former “IRA” Next Post:
Acquitted- Erri De Luca, the words of a free man

About the Author: Luigi Maria Sicca