La Belle at the Movies: the extinct cinemas of Kinshasa 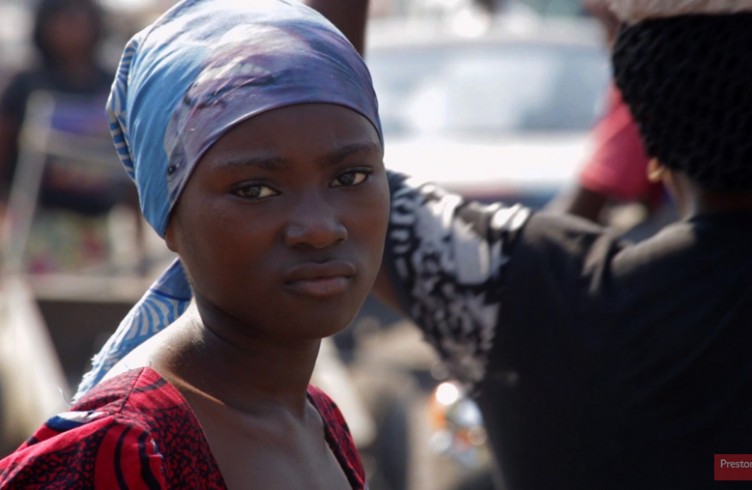 Kinshasa, capital of the Democratic Republic of the Congo: 10 million inhabitants and not a single cinema or a film industry. This is the shocking situation reported by young director Cecilia Zoppelletto in her debut docu-film La Belle at the Movies. Kinshasa is, today, a city deprived of films through which look at itself in the mirror and see the world outside its borders.- FOTO 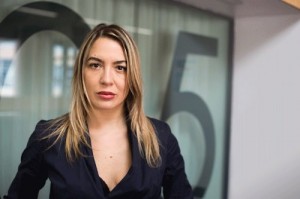 Cecilia Zoppelletto, Italian living in London, has worked with RAI and Antenna Tre Nordest network; has founded the production house Preston Witman Productions together with her colleague cameraman and editor Paolo Camata; now with La Belle at the Movies (Belle standing for Kinshasa) she’s ready to take on the major international festivals. Her film gives voice to the voiceless and depicts the invisible by  interviewing film-makers, owners, officials, and common people, interpreting the desire to talk about itself and to be recognized of the third largest metropolitan area in Africa after Lagos and Cairo.

Surprised by this horrible status quo, we interviewed Cecilia Zoppelletto, whose words open a window on the present socio-cultural identity of the Democratic Republic of the Congo.

When and how was  this film born?

I travelled to Kinshasa in September 2013 andI observed the city as a tourist, trying to understand its dynamics. I was immediately struck by the lack of film posters. So, at every lunch and dinner I was invited to I would ask everyone why there were no cinemas in Kinshasa but nobody was able to provide an answer. Since I was constantly asking this I tasked myself with returning to Kinshasa and discover the reason behind that. As soon as I returned to London, I spoke with Paolo Camata, a cameraman and editor that I had been working with  since 2008. Immediately after agreeing to it, I thanked him for his trust by presenting him with a long list of mandatory vaccinations! We left very enthusiastically in May.

What are the actual reasons behind the extinction of cinemas and the cinema industry in Kinshasa?

I believe the true reason is a cultural one. To this day, they still don’t understand that an artistic and cultural asset can become a monetary resource; surely, there are other priorities in a very poor country, but, as Nigeria demonstrates, once the equation cinema=profit is understood, government’s interest increases.

During the time of Mobutu (politician of the Democratic Republic of the Congo), remembered by many as a culture enthusiast, there was the Zaire neo-colonialism and all enterprises administered by non Congolese were dispossessed. Historically, the cinemas in Kinshasa were owned by Greek and Portuguese people; managing a cinema is a quite complex activity and so they ended up ruined once they passed to Congolese owners with little or no previous experience. During the most delicate moments in the history of the country, for example the 80s – when there were plots against the authorities, even going to the cinema in group was seen as something suspicious.

In your film there is a lot of “remembered” cinema, but also a lot of “material” cinema, such as the film cans or the catalogues stored in the archives. Was it hard to gain access to these “memorials”?

It’s hard to gain access to any kind of information in Kinshasa: partly because of the diffidence I met, partly because there isn’t a tradition of archives. The first obstacle? Entering the archives: many didn’t understand my interest. They were wondering “What dose this Italian care about our cinemas?” A reasonable question; the answer, however, was not understood in its simplicity by many who, rightly, see foreigners as people who exploit their lands and their resources, due to the troubled history of the country.

I think in the end they understood the sincerity of my interest. But when I was there, understanding what was actually in the archives and not despairing when confronted with such a badly managed heritage, well, that’s another story!

Let’s stay on this “stored” cinema: In your film we see old posters of various films, for example of Django by Corbucci, which makes one think about how did the spaghetti western phenomenon arrive in Congo. What kind of cinema, European or American, passed through Congolese cinemas over the years?

“Oui Oui les cinema? Les Spaghettis!”is the answer I heard the most and Django as the favourite character. Many kids would identify with the cowboy myth in the 60s, with a man that manages to survive thanks to his determination in a violent world. Talking about a recently independent country after decades of colonialism, it is quite natural that the cowboy image is one that makes people dream. Furthermore, theatres wanted films with low distribution costs, so the great successes from Europe and America arrived in Congo after having been distributed in the West. The most interesting cinema, though, was without a doubt the Bellevue: the only drive-in cinema in Kinshasa, it started in the 70s to show exclusively Indian/Pakistani films. The films were in Hindi and people would crowd the drive-in to see stories that, even though geographically very distant and inaccessible, they probably felt close to them; also the music and the dancing would substitute the dialogues. 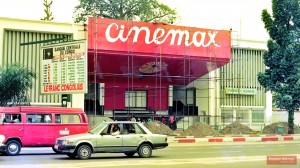 So, no movie theatres in the capital of Congo. Do theatres and museums share the same fate? What is art’s place in present day Congo?

Theatre is very popular, especially because is done for free; the negative aspect of this is that there is no room for evolution, there aren’t the premises for elaborate productions. Some street productions are filmed and then sold on DVD, so that they could be called “street fiction”. They’re produced in the Lingala language, they’re series with episodes and they’re sold to the locals.

The most important investments are for the Academie des Beaux Arts, from where great plastic artists came from. Congo has a strong tradition of painting and sculpture, with artists that enjoy prestige on the international market;

It’s peculiar to find yourself in very deprived areas and see sculptures that are true masterpieces. But the true “star” of Congo is the music, exported all over Africa. Congolese artists put on shows that sells thousands of tickets for up to $20 apiece, a small fortune in a country where the average wage is $600 per year…

There’s a sequence in your film that shows how, in the past, the Congolese culture and society regarded cinema as something diabolical, to be kept away from children. After your encounters, do you think this belief is still alive?

In my opinion, it is just an excuse. First of all, a distinction: many pastors who open praying groups or churches have never studied theology. Many of them had “visions” and thanks to those they feel they have a right to preach and be treated as movie stars. There are those who blamed the crisis on religious groups that forbade their followers to go to the cinema, but the reason why these groups wanted people in their churches rather than in the theatres was a monetary one, not theological. Preachers don’t believe films are evil; they believe giving money to theatres and not to churches is evil. Also, many of these preachers have their own TV channels and, between a sermon and the other, they broadcast films.

In your film you tell how La vie est belle (1987) by Mweze Ngangura and Benoît Lamy (historic film shot and produced in Congo) had been a clear photograph of Congolese society. After almost thirty years, do you think your film is like an upgrade, a second chapter to it?

Each one must tell their own story and give voice to their own personality. That’s why I hope that my film would wake up the desire to narrate in images and look forward to show it in Congo. This is my only task. Maybe, in some way, this film is a reflection on how we Europeans are losing the sense of wonder of the cinema and the theatres; maybe it reflects my nostalgia for the importance that we once would give to the experience of going to the cinema. For the poster I chose the picture of a young girl we filmed, because I imagine she has never set foot in a cinema and if she doesn’t leave her country, probably never will. To me this means depriving a person of their dreams, of the incredible experience of watching a screen together, of trying to understand life with others.

Let’s take a look at the future: do you have other projects in mind or are you set on just promoting and distributing La Belle at the Movies?

This film is very important to me and I’m dedicating a lot of attention to it; however, I’m hyperactive by nature and I need to focus on more projects. Next summer I will be in Zimbabwe to shoot another documentary and at the same time I’m preparing another documentary on Congo. But part of me is terribly superstitious so I would prefer not to jinx it by saying too much!

Go to the Gallery.

Previous post:
Mister Giacomo Puccini, this stranger Next Post:
Whatever They Told You About What Is an Indicator in Chemistry Is Dead Wrong…And Here’s Why